Girrrrl, why are you so late?!

One of the first books to get showcased on this site: Am I Not A Beauty Queen? I had to let go of this for a while. The news of the passing of greatness was saddening. Even across the pond, we know who Miss Cicely Tyson is. YES, you are a beauty queen, but so much more than just that. Some of us need reminders. Still, I can safely claim that Black people everywhere have gotten used to see you bring beauty, grace and class to tv screens.

This tribute is unfinished, only meant as a belated starter. END_OF_DOCUMENT_TOKEN_TO_BE_REPLACED 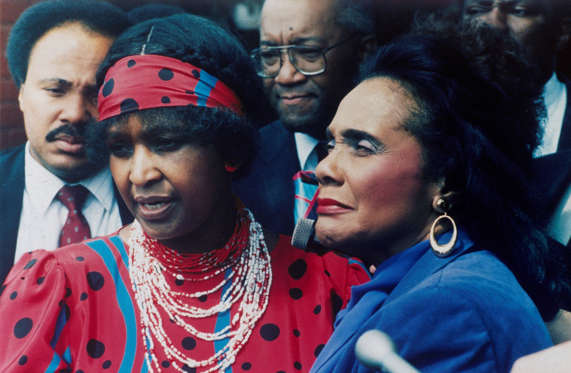 END_OF_DOCUMENT_TOKEN_TO_BE_REPLACED

Its been a while since I spoke about anything here on this blog. Well I am back and today we talking about mama Winnie Mandela. A fallen hero, champion to the Nation, to Black South Africans. Today is not about me though but about a thread that I saw on twitter regarding Winnie and the […]

END_OF_DOCUMENT_TOKEN_TO_BE_REPLACED

Winnie Madikizela-Mandela: The world reacts to the death of a lioness
By Rebecca Davis and Bheki Simelane, 02 Apr 2018

Easter Monday saw the death of a South African woman so famous she could be referred to by just one name: Winnie. In the hours following the confirmation of Winnie Madikizela-Mandela’s passing at 81, tributes and reaction locally and from around the world poured in to honour the anti-apartheid icon. END_OF_DOCUMENT_TOKEN_TO_BE_REPLACED

The illegal drug trade is a global black market, dedicated to cultivation, manufacturing, distribution, and sale of those substances which are subject to drug prohibition laws. (drugrehab.co.uk)

As for security, traditional realism views it purely in the military sense; however with the closer of the cold war, there as arisen some criticism to this view. What has occurred as a result is a shift from this narrow perception of security to a more multidimensional and expanded concept; what is known a neo-realism. END_OF_DOCUMENT_TOKEN_TO_BE_REPLACED

SAN JUAN, Puerto Rico — The Drug Enforcement Administration used suspect figures to tout the success of a 36-nation “major takedown” of drug traffickers in the Caribbean and Latin America last fall, according to an examination of the operation.

The DEA’s scorecard on “Operation Libertador” reported 2,876 arrests, but agency officials could not provide evidence to support hundreds of them. Hundreds more were routine busts for marijuana possession, and some drug eradication figures were double-counts of a State Department program to burn marijuana plants. And while the DEA said $30.2 million in criminal assets were seized during Libertador, $30 million of that was confiscated four weeks before the operation began. END_OF_DOCUMENT_TOKEN_TO_BE_REPLACED Before the: Senate Caucus on International Narcotics Control

Note: This document may not reflect changes made in actual delivery.

Chairman Grassley, Ranking Member Biden, distinguished members of the Caucus: I am pleased to have this opportunity to appear before you today to discuss DEA’s strategy and role in combating drugs moving through the Transit Zone destined for the United States.

DEA’s primary function as an investigative law enforcement agency is to identify and dismantle the world’s most sophisticated drug distribution organizations. DEA’s role in interdiction efforts is crucial since the intelligence gained from these operations often provides the information needed to unveil the depth and magnitude of a drug trafficking organization’s abilities and intentions. END_OF_DOCUMENT_TOKEN_TO_BE_REPLACED

In 1519 the Spanish Governor Pedrarias the Cruel, moved his capital away from the debilitating climate and unfriendly AmerIndians of the Darién to a fishing village on the Pacific coast called Panama, meaning “plenty of fish.” It was resettled and until the end of the sixteenth century served as the Caribbean port for trans-isthmian traffic. A trail known as the Camino Real, or royal road, linked Panama and Nombre de Dios. Along this trail, traces of which can still be followed, gold from Peru was carried by muleback to Spanish galleons waiting on the Atlantic coast.

The increasing importance of the isthmus for transporting treasure and the delay and difficulties posed by the Camino Real inspired surveys ordered by the Spanish crown in the 1520s and 1530s to ascertain the feasibility of constructing a canal. The idea was finally abandoned END_OF_DOCUMENT_TOKEN_TO_BE_REPLACED

Canal of the Pharaohs

The Canal of the Pharaohs, also called the Ancient Suez Canal or Necho’s Canal, is the forerunner of the Suez Canal, constructed in ancient times. It followed a different course than its modern counterpart, by linking the Nile to the Red Sea via the Wadi Tumilat. The canal was again constructed under Nekau (Necho II), in the late 6th century BCE.

In the second half of the 19th century CE, French cartographers discovered the remnants of the north–south section of Darius Canal past the east side of Lake Timsah and ending near the north end of the Great Bitter Lake. Work began under the Pharaohs, but according to the later Suez Inscriptions and Herodotus, the first opening of the canal was under Persian king Darius. END_OF_DOCUMENT_TOKEN_TO_BE_REPLACED

5 things you didn’t know about the Suez Canal
By Nina Awad, 2015

On Nov. 17, 1869, the historic Suez Canal officially started operating and forever changed international shipping by allowing vessels to sail through 101 mile long waterway. The Suez Canal took a little more than 15 years to be planned and built. The construction was repeatedly interrupted by political disputes, shortages in laborers and a cholera outbreak.

Check out these fascinating facts about the Suez Canal.

1. The idea of a canal originated from ancient Egypt

According to History In The Headlines, the Suez Canal is one of the most recent of multiple man-made waterways in Egypt. Senusret III, an ancient Egyptian Pharaoh, reportedly built a canal to connect the Red Sea and the Nile River in 1850 B.C. Another Egyptian Pharaoh, Necho II, and the Persian conqueror Darius began and later abandoned work on a similar project. END_OF_DOCUMENT_TOKEN_TO_BE_REPLACED